You are here: Home / Nintendo / NES / 20 Rare NES Games That Are Literally Worth A Fortune 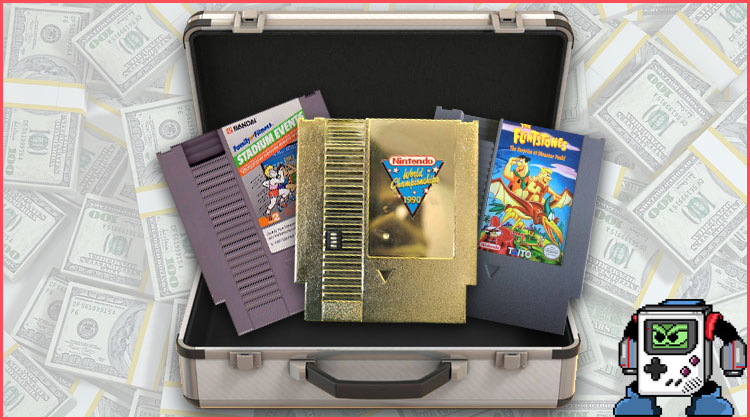 When the Nintendo Entertainment System launched in North America in 1985, the console took the gaming industry by storm.

In fact, many attribute the return of the video game industry to this fantastic Nintendo system.

Throughout its life-span, over 700 licensed games were released, with just under 680 being released within the US.

Many of these games are common household names, like Super Mario Brothers and The Legend of Zelda, however, some of the lesser known and rarer games have become more noteworthy.

Whether due to lackluster manufacturing, or intended rarity, some NES games have become increasingly harder to find. The prices for these games shift constantly, thanks to high-budget collector's markets.

However, a good quantity of these rarer games are most likely sitting in your attic, or buried in a box with your childhood toys.

As NES games become more and more expensive, it's always a good idea to take a peek at what you own. More often than not, you may have a sizable chunk of change in the form of a plastic NES cartridge.

If you stumble across any of these 20 games, you may find some luck in turning a profit, or at least have the solace of knowing you own a very rare game. 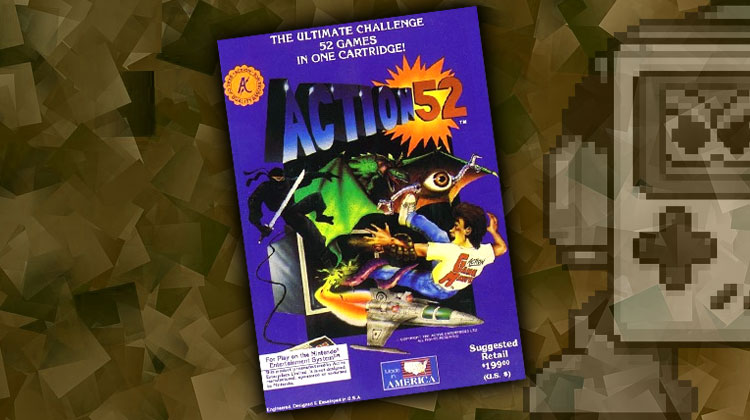 This compilation of (mostly) bad mini-games is popular online due to its random and weird nature.

The most notable of the minigames, Cheetahmen, eventually saw a sequel (but more on that in a few). All told, it's probably not a great game to purchase if you're looking for a fun time, but Action 52 is a game that consistently exchanges hands. 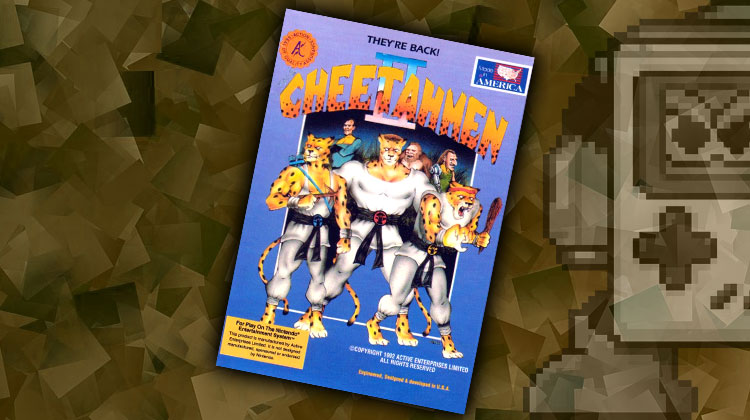 While we're discussing Action 52 and Cheetahmen, we might as well bring up the completely unnecessary (and equally bad) sequel.

This might have something to do with its rare nature, combined with the fact that the game wasn't produced in high quantities.

An excellent addition to anyone's collection, Cheetahmen II leaves you with one question: “why?” 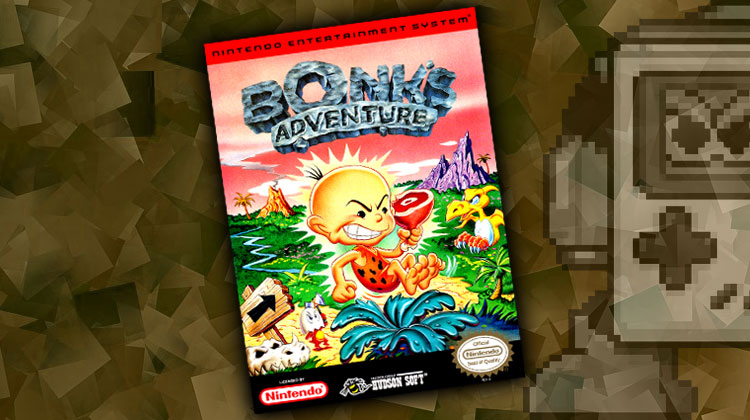 Most people know Bonk from other systems, but this cutesy caveman got a release on the NES as well.

In comparison to other versions, Bonk's Adventure on the NES makes some concessions, but still manages to be a fun experience.

While Bonk may not be as popular as Mario, they both represent the same kind of game; a mascot-fueled platformer intended to win over gamer's hearts. 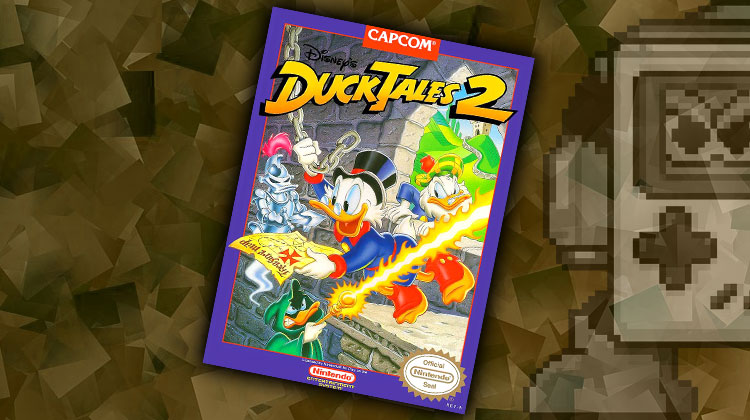 This sequel to the massively popular original Duck Tales was a bit more of the same, but that's not exactly a bad thing.

Many fans of the original NES have fond memories of Duck Tales and it's pogo-stick movement. Besides being based on a popular cartoon, the game was also very good, thanks to developer Capcom.

Duck Tales 2 may not be as good as the original, but it's definitely more expensive. 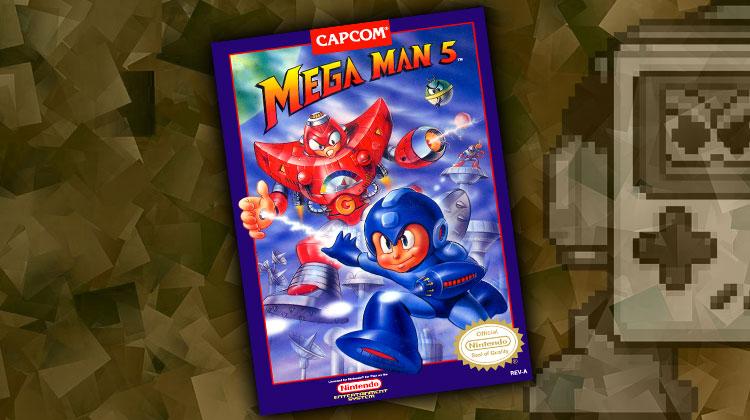 Widely considered one of the best NES series ever made, Mega Man is a proverbial treasure trove of excellent gameplay, awesome music, and memorable bosses.

Although Mega Man 2 is my personal favorite, we've seen a recent spike in price for Mega Man 5.

If anything, Mega Man 5's newfound rarity is a great reason to check your old games; a game that was once cheap and easy to find has become expensive and rare. 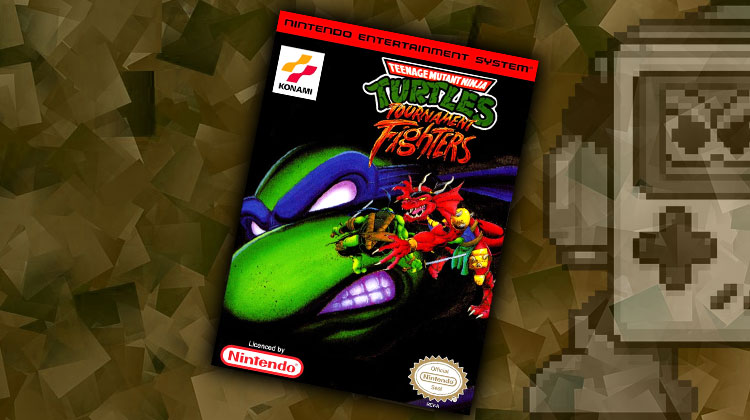 Tournament Fighters combined the characters of Teenage Mutant Ninja Turtles with a fighting game style, attempting to cash in on the popularity of games like Street Fighter.

Unfortunately, while it was fun to control your favorite ninja turtle, the actual gameplay left a bit to be desired.

However, any true Teenage Mutant Ninja Turtle fan should at least consider giving it a try. 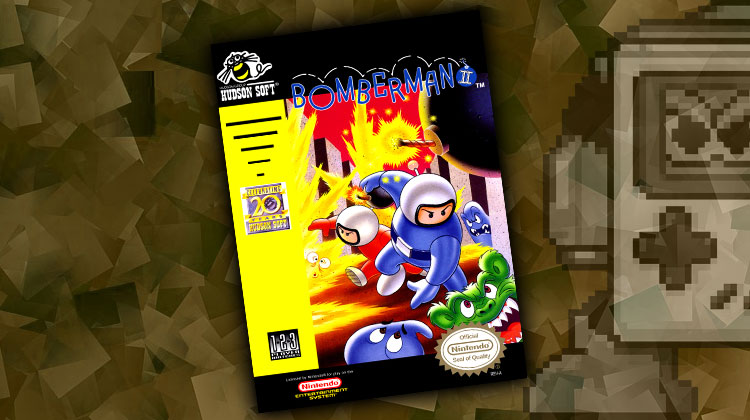 It's no mystery why this sequel is hard to come by; I consider Bomberman to be one of the most addictive classic games.

Combining action with puzzle elements, Bomberman is a game that is easy to learn and tough to master, and I've personally spent hundreds of hours across the franchise. Bomberman II opened up multiplayer modes so you and your friends could blast each other, only adding to the fun.

This game also sees massive fluctuations in price, so you might be able to nab an especially good deal. 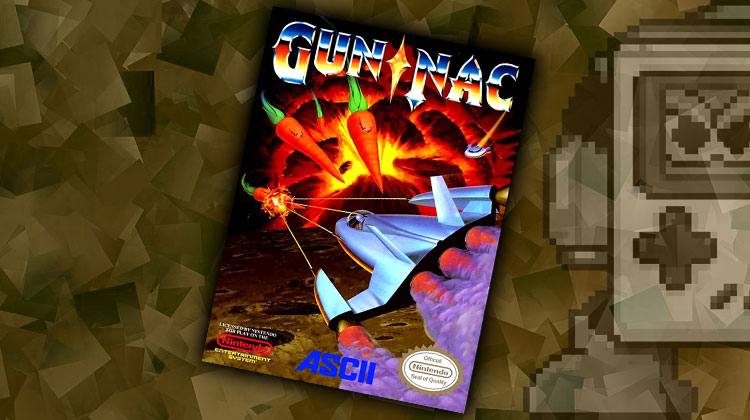 The game contains a variety of upgrades, enemy types, and weapons. However, the game wasn't received very well upon release, which could've caused the shortage of cartridges we see today.

It's also a lesser known game, so it's possible that many owners of the game would be oblivious to its value.

Whether or not you like the genre, Gun-Nac is a good game to have in your collection. 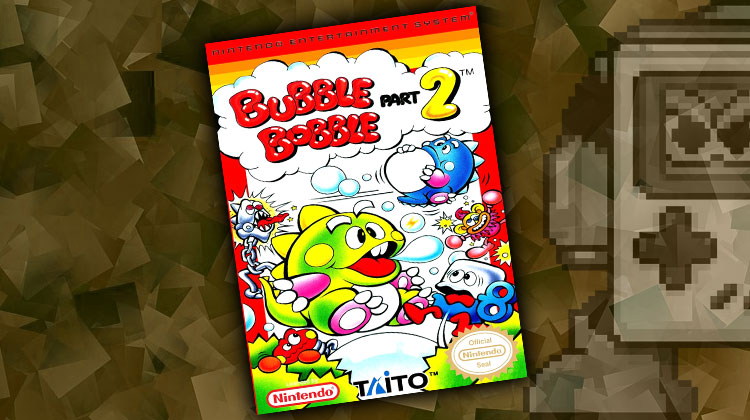 If you remember the original Bubble Bobble that released in arcades and on the NES, then you may wonder how you missed this great sequel.

Bubble Bobble Part 2 plays just like the original, and beyond some new graphical improvements, gives fans the same great experience they love.

However, Bubble Bobble Part 2 was never released in arcades, only appearing on the NES and the Gameboy under another title.

If you were a fan of the original game, you should definitely seek out a copy of Bubble Bobble Part 2, as its rarity is only matched by its excellence. 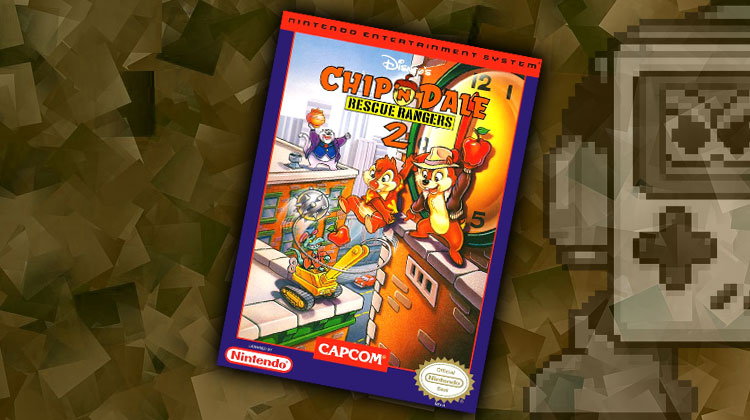 This sequel was a direct follow-up to the 1990 original game, based on the popular Disney cartoon. Unlike the original, the game's levels play out in a linear order.

However, the gameplay stays mostly the same, including the highly entertaining cooperative mode.

The game's price has fluctuated recently, due to a re-release on modern consoles, but the original cartridge still goes for a pretty penny. 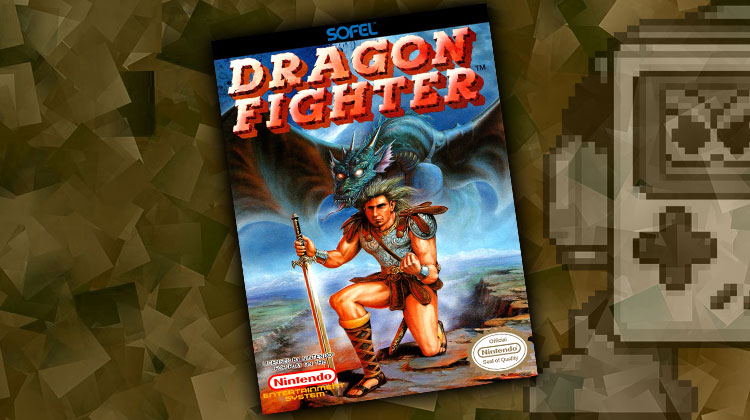 This fantasy inspired, side scrolling adventure was originally released in 1992 in North America.

Dragon Fighter plays like most other action side scrollers, allowing the the player to jump, attack, and use items. You'll battle through six stages, eventually taking on the evil warlock Zabbong.

Although it's an uncommon game to find, many enjoyed the game for its interesting story and unique powerups. 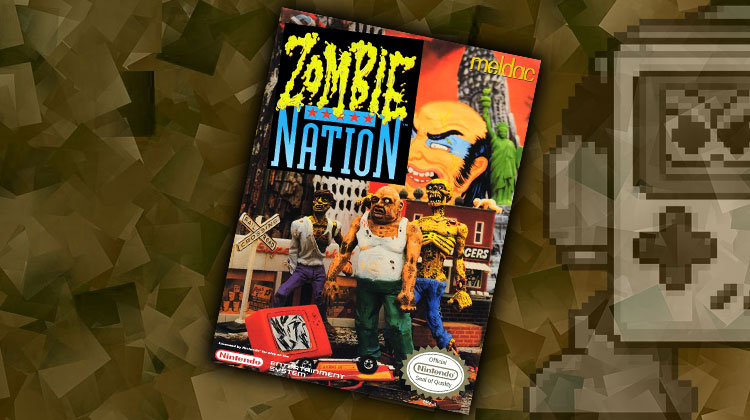 This gross-out action game is just as noteworthy for its weirdness as it is for its rarity.

In it, you control a disembodied head that destroys buildings and enemies by shooting eyeballs and vomiting on them. The game also mashes the samurai and zombie genre to mixed success, giving us an interesting and quirky landscape of play. 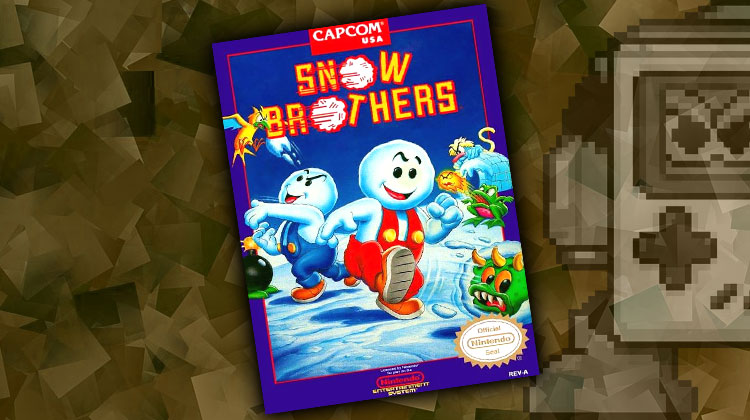 In it, you control one of the titular “snow brothers”, Nick or Tom. By throwing snow at enemies and rolling them into balls, players clear each screen and move onto the next.

It's a good game that is obviously bested by the games it harks back to.

For anyone who's a fan of Bubble Bobble or stage-based action games, Snow Brothers is a fun time. 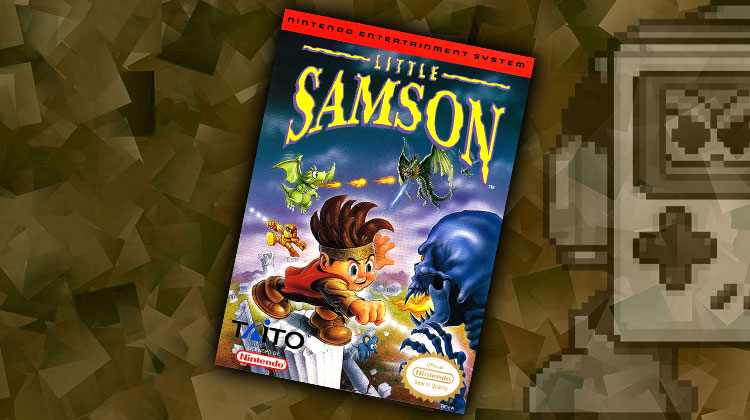 Often regarded as one of the rarest NES games of all-time, Little Samson is one of the most expensive games to obtain.

This is in part due to an inflated market, but still representative of the demand for the game. The controls are easy to learn, but the ability to use different characters shakes things up.

Little Samson is also well known for its exceptional graphics, achieving an impressive amount of detail on the 8-bit system.

I personally recommend waiting for a good price on Little Samson, given how highly sought after the game is. 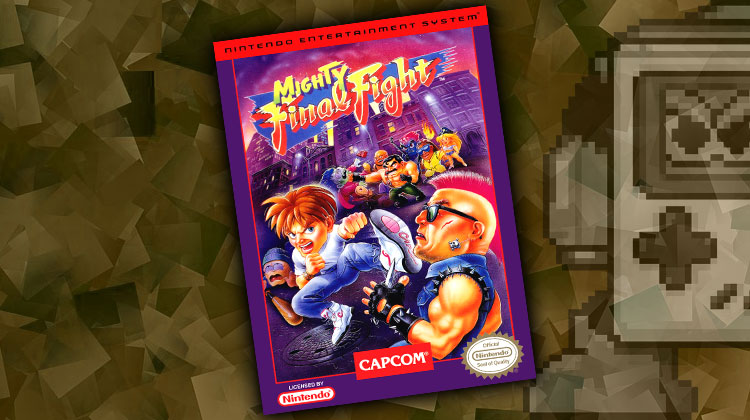 Additionally, characters can earn experience points and learn new moves, and the NES version contains all the playable characters from the arcade version.

If you like beat 'em ups like River City Ransom and Double Dragon, Mighty Final Fight will be an instant-favorite.

5. The Flintstones: The Surprise at Dinosaur Peak 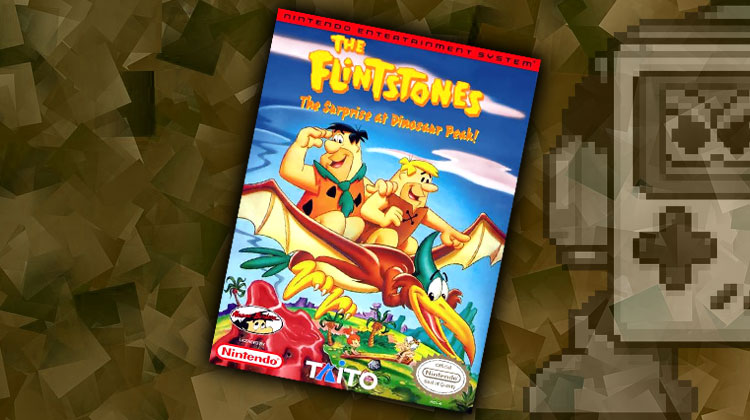 The reason for The Flintstones: The Surprise at Dinosaur Peak's rarity is an often debated subject.

Regardless of the speculation, Surprise at Dinosaur Peak was never released in Japan, adding a bit of extra flavor to the rarity.

In the game, players control Fred and Barney, and set off on an adventure that borrows many gameplay aspects from the original game.

Make no mistake about it, The Flintstones: The Surprise at Dinosaur Peak is one of the rarest NES games that potentially reached store shelves. 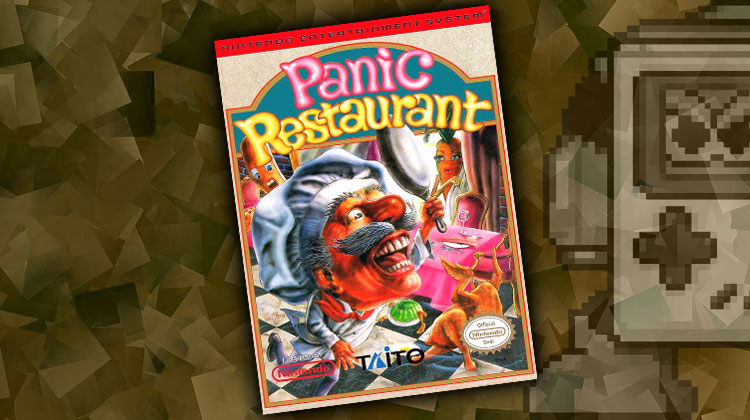 Full of food themed enemies and environments, this wacky platformer is as personable as it is expensive. It released almost 7 years after the NES launched, which may have contributed to its rarity. 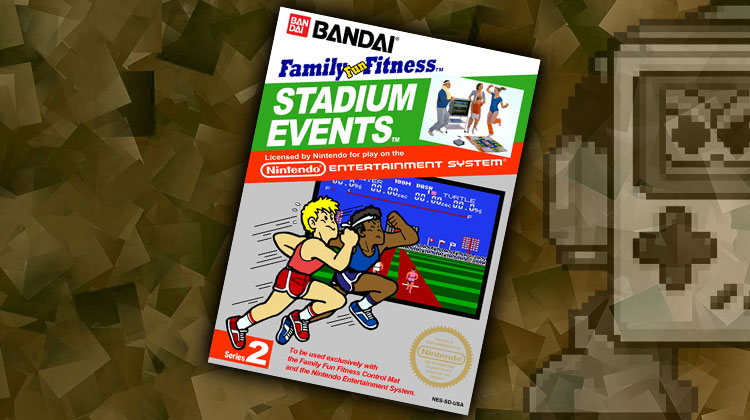 One of the most talked about and often faked NES games is Stadium Events, originally released to be used with the “Family Fun Fitness” mat accessory.

Like Track & Field for the NES, players would use a soft mat accessory to compete in a variety of sports competitions.

Eventually, the game was rebranded by Nintendo as World Class Track Meet, making the original cartridges with the Stadium Events title highly sought after.

It's important to make sure you trust any seller that you may buy from, as several listings of the game on Ebay and other sites have been found to be fake. 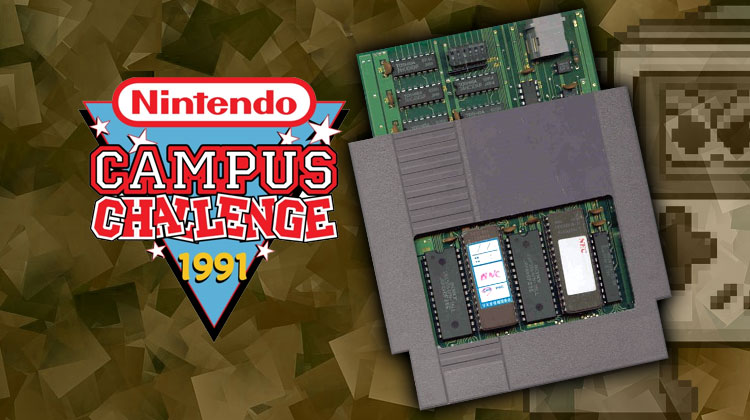 There's absolutely no chance you'll have a copy of this one laying around, as there's only one copy of Nintendo Campus Challenge 1991 known to exist.

Back in 1991, Nintendo put on a challenge event at colleges around the US, and created a unique cartridge for it. The cartridge contains Super Mario Brothers 3, Dr. Mario, and PinBot, along with a timer.

The existing copy was found at an ex-Nintendo employee's insane garage sale, where it was sold as a package deal for only $40.

The story of Nintendo Campus Challenge 1991 should give you pause anytime you pass a garage sale; you're never sure what you'll discover. 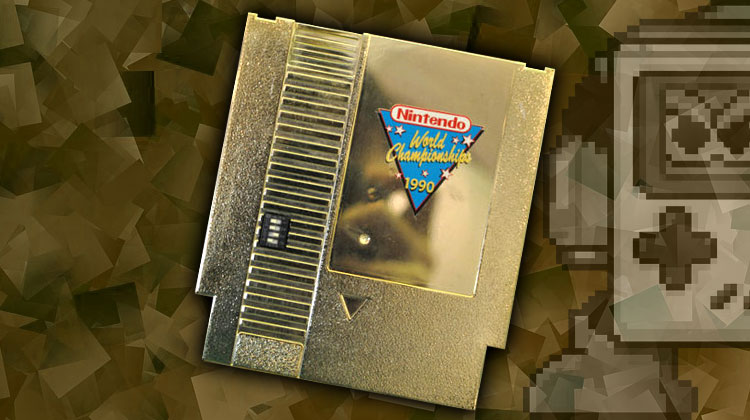 This cartridge is widely considered the “holy grail” of NES collecting, and is one of the most expensive games in all of retro gaming history.

Much like the Nintendo Campus Challenge, the Nintendo World Championship cartridges were created as a part of a gaming competition put on by Nintendo.

In addition to the gray cartridges, 26 gold cartridges were created for a contest held in Nintendo Power magazine.

These gold cartridges are almost exactly the same as the gray ones, the main difference being the gold coloring of the cartridge.

Although Nintendo revived the Nintendo World Championship in 2015 and 2017, the prizes were rather standard. I highly doubt we'll ever see a collectible this rare come from a video game competition again.

Most sales of these cartridges have been done privately, although a handful have been sold online.